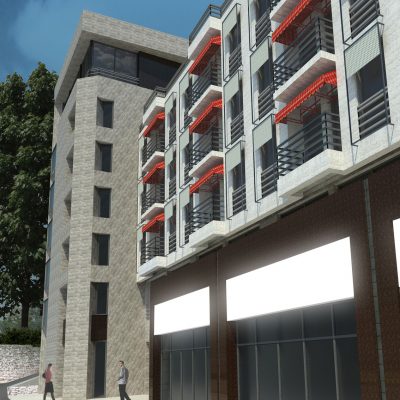 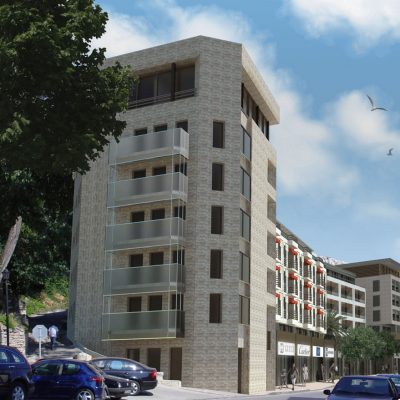 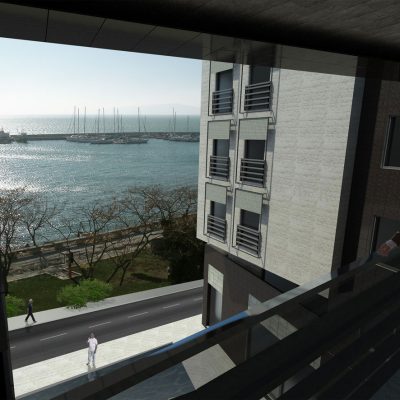 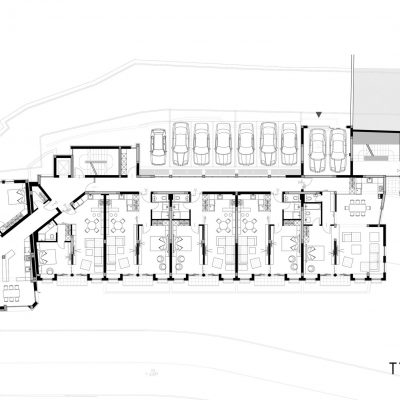 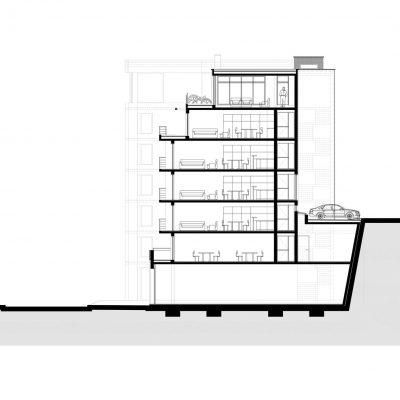 DIONYS structure encompasses an apartment hotel complex with shops, offices and entertainment facilities in the central part of the town of Balchik, in close connection with the seaside promenade and the port. The architectural task included reconstruction and extension of an existing building with similar use but much smaller in size and built four decades ago. Special attention has been paid to the present town fabric. Because of its considerable size, the building had to be split up in a manner correspondent to the specific function of every part but in the same tame relevant and well reconciled with the existing town scale. The façade is fragmented horizontally and vertically so that it looks smaller. The forms and detailing include narrow vertical windows, stone surface lining and sculpture in details. Area: 4957m2